Wow, Hula.  That was unexpected.  I’m going to start off by saying festival wise: best fest ive been to, ever.  Yea there was some special people missing, and I’ve seen some of my all time favorite sets at other festivals, but damn Suwannee knows how to put on a festival.  With such a large increase in the number of attendees, I was worried about the organization of it all. 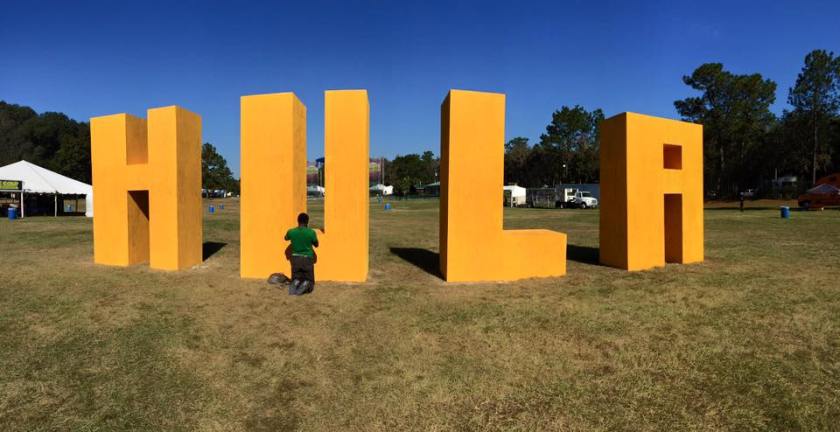 We got in and set up in less than an hour.  Their “free for all” camping style makes it so easy to have all the space you want, as well as easy to link up with your people.  It was so magical to wake up every morning to the Spanish moss hanging over head and dew drenching the air.

Festivals for me have become such a family affair.  I went with my Charleston peeps and of course my Columbia people were sprinkled all around.  It is such a communal thing to walk around and see so many familiar faces.  Through life you meet friends, through festivals you make family.

I hate comparing, because I love to look at each moment as its own separate circle of time.  Hula was very close to Electric Forest venue wise, but more intimate, more spiritual, closer knit.  I can see it growing into that over the next few years.  Everyone will be saying “Hula Fam” and “going home to Suwannee”.  I think it largely has to do with the vibe String Cheese Incident creates through their festivals.  Even the set up was similar with the forest area up against spirit lake and the layout of the stages.  At times when I was getting lost in the music, I had to snap out it and be like “am I at forest or Hula??”  Was having flash backs of some damn good times.

First night: Pretty Lights.  Derrick, thank you.  Wow blown away.  His set had mixed reviews amongst the attendees.  It was more down tempo than most expected, but it’s PL, that is how a lot of his stuff can be.  He also played a few unreleased tracks.  I gotta give it up for Lazer shark, you are a gawt damn magician.  You make “pretty lights” visually come to life. 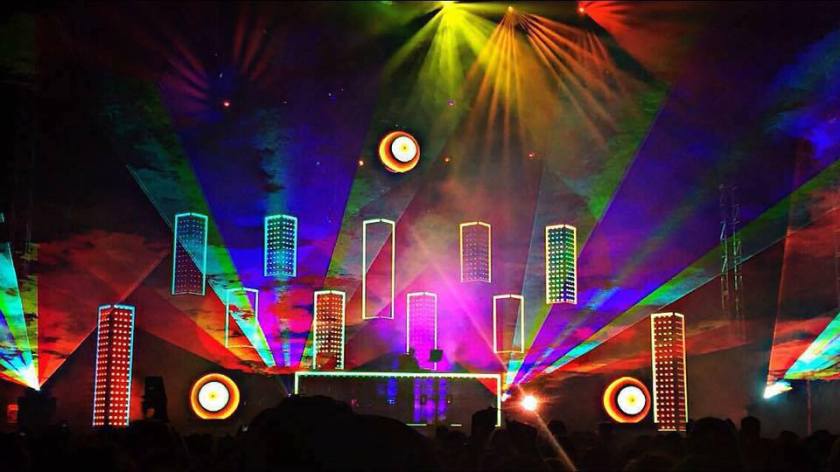 Cheese is cheese.  I’ve seen probably close to twenty SCI sets this festival season.  I never got it, until I saw them live.  They’re are sooooo versatile.  Which is why they get their own festivals and three sets a day, everyday.  They go from bluegrass, to heavy bass rock, to full blown jam band.  What a truly amazing thing to be a part of.  Cheese is family time.  That’s when everyone comes together in the middle of the day and boogies down.  Girls are hooping, friends are having cuddle puddles on tapestries.  Best vibes.

SCI Ghoal Train Halloween set.  The boys threw a massive funky, disco.  So much fun to hear all those 1970s throw back tunes. 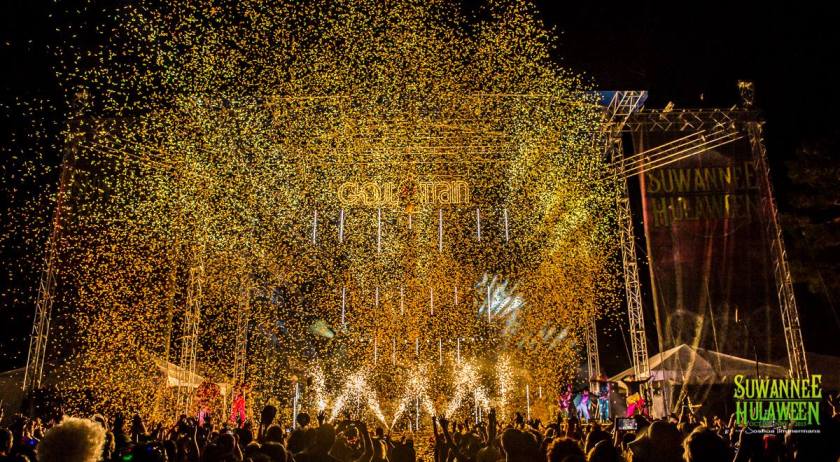 (not my photo, shout out Josh Timmerman)

Best set from Saturday hands down had to be Odesza.  Odesza has become as close to my heart as it gets.  Their music is special to me.  I almost don’t have words for that set.  It could not have been better.  Harrison and Clayton have such a killer set up.  The live element they bring into it takes electronic music to a whole new level.

Sunday was Grizday.  Griz threw down midday, but what’s new.  He is at the top of his game right now.  I can only hope he keeps climbing higher and higher.  With the addition of the live guitarist, if he did a full band tour in the next couple of years, he would sky rocket.  Best part of his set was when he dropped “Dancing in September”.  Pure joy radiated from everyone.

Ended Sunday with Tauk, my boys.  I’ve “tauked” about them a million times on here, I know.  And it still remains the same.  Watch out.  These dudes are on the some up.  Once again, can’t take my eyes of Isaac.  If you haven’t learned how to Tauk about it, you better.

There is so much more I would say about it, but in essence, Hulaween, I will be back.  You revived my soul.  It was nothing but happiness.  Beautiful grounds, beautiful music, and even more beautiful people.  The art installations, to the live painters, to the rest of the incredible acts I didn’t even touch on.  Thank you to everyone who touched my heart that weekend.  New friends I made, and old ones I was reconnected with.  I have not a negative thing to say about it.  Not one.  Except Primus sucks 😉

Want to relieve some of the action? Check out Tauk’s closing Sunday night set below