Waking up a text the weekend of my birthday saying, “Would you want to go to Mumford and Sons?”

The answer to that question is a total no brainer.  I have seen most of my favorite bands at least once.  Most I have seen time and time ago.  But the magic and glory of Mumford and Sons has never touched my presence.  So, its apparent there was no hesitation in my answer.  Not to mention it was with my number one woadie.

To call this moment an early birthday present is an understatement.  Magical and glorious do not even being to describe their sound live.  You can listen to a track on your iPod all you want, but hearing it live truly blew me away.  I thought I felt their music before, but that was only the beginning before this experience.

There has been much and much controversy over the various anti-LGBT laws in the South.  Artists left and right are cancelling shows in opposition to this hatred in form of segregation.  Mumford and Sons had an entirely different, yet more effective approach.  Instead of cancelling, leaving fans disappointed and shit out of luck, they decided to donate all proceeds to an LGBT charity.  What a powerful move, by a powerful band. 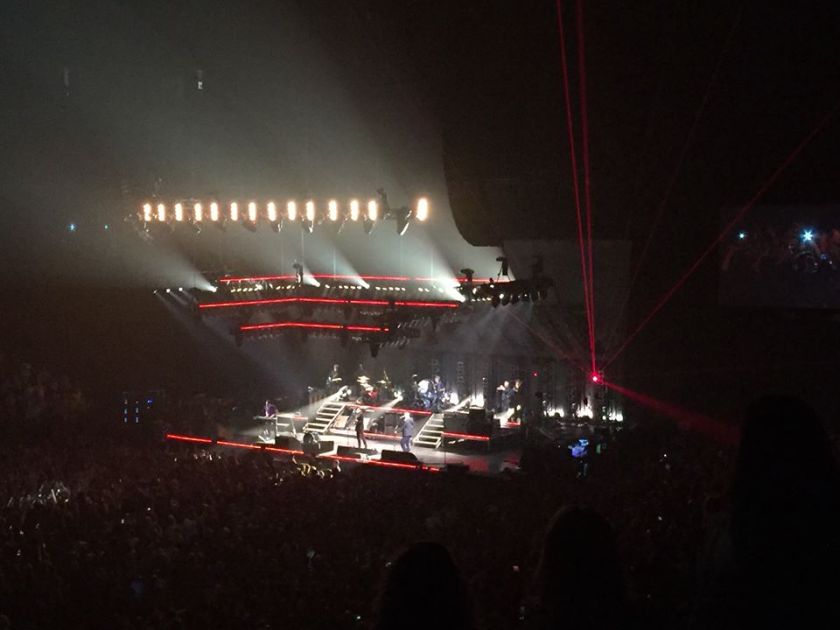 People can say what they want. “They went mainstream.  Their new album sucks”  But I am going to have to more than shoot all the haters down.  Each member changed out instruments several times.  I mean hell, the singer even played drums while continuing to carry on the lyrics at times.  Talent, they do not lack.  Also lyrically, every single song is so strong, so poetic.  Being able to hear all those words dance into my mind was something crazy.  So many times I could hear myself say, “remember this one” or “write this down, don’t forget it”

Overall, beautiful night, beautiful people.  Another check off on my bucket list.